If you’re a regular visitor to my blog, you’ll know that this year I set a goal to learn at least one new thing about knitting each month. Having found the slopped shoulder bind off in my copy of Cast on Bind off last month, I decided to see if there was a better way to make a circular cast on for a flat circle when I decided to make one.

Not something I make often, but when I have, I’ve cast on the right number of stitches, joined the circle as tightly as I could, then sew up the little hole at gets created in the middle. I was therefore delighted to find a a way to cast on for a circle that doesn’t create a hole. So while did it I made a tutorial…

Take your yarn and make a loop with the working yarn running over the tail, then pinch the loop between your thumb and index finger… 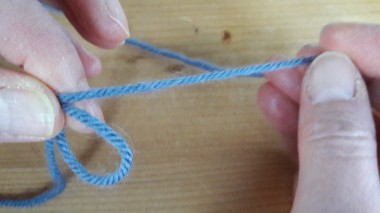 Take a crochet hook the same size as the knitting needles you intend to knit with. Put it through the centre of the loop and draw through a loop of the working yarn…. 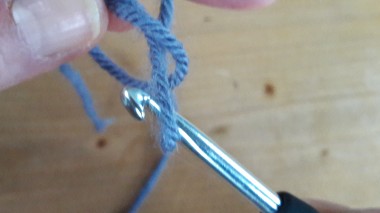 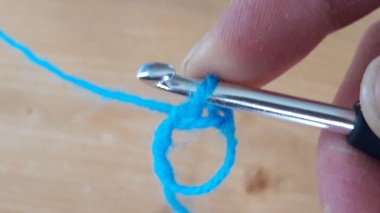 Seem familiar anyone? Yep, it’s a double crochet (single crochet if you’re in the US). 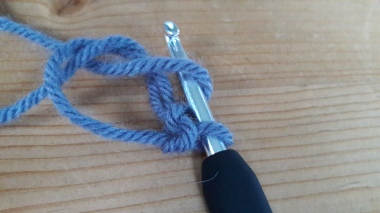 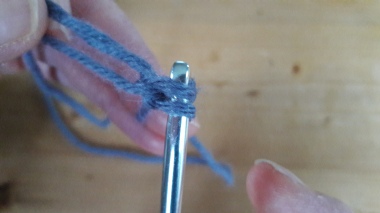 You will now have two stitches on your crochet hook…. 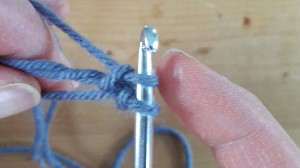 If you pull the tail of yarn, the original loop of yarn will close up. Pull it up to get the loop out of the way, but don’t worry too much about the hole as you can pull it fully closed once you’ve got going with your knitting.

Slip the stitches from the crochet hook onto your DPNs or circular needle, arranging them evenly between the needles, and begin knitting. 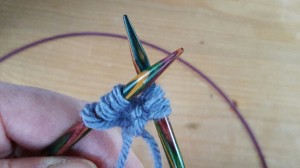 Once you have got going, you can close the hole by pulling the tail tight.

Et Voila! How to cast on a circle (or sphere, if you wish) without making a a hole in the middle. Something I already knew how to do as a crocheter, but didn’t think of applying to knitting.

20 thoughts on “Tutorial: Circular Cast on that doesn’t leave a hole in the middle”