Last week I asked your opinions on the colours to use with a some jungle fabric I wanted to make a baby quilt out of.

I set about pressing my fabric before I cut it, only to find the jungle fabric had been folded for so long it had developed white lines bang in the centre of each fat quarter. 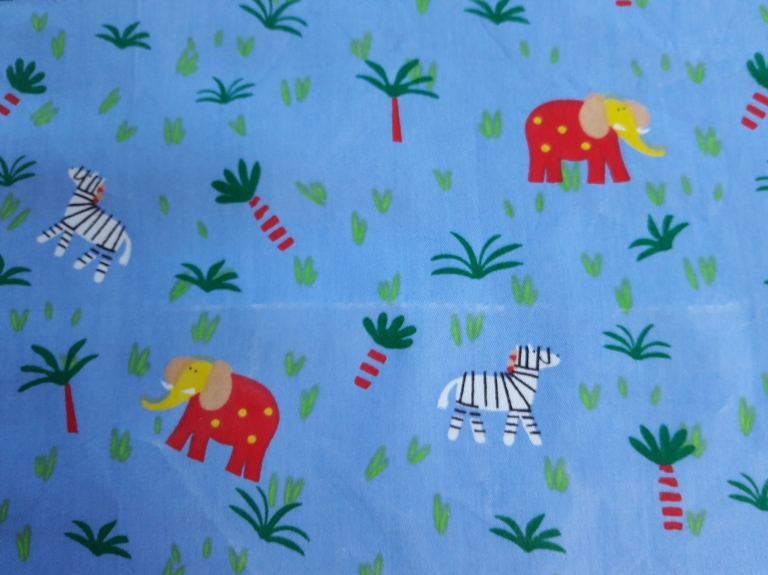 I now couldn’t cut sufficient pieces of the right size for the pattern I wanted, so I decided (after much anguished thought) to make a smaller quilt of 5×4 6″ squares where every other square was jungle fabric. I could have made the quilt bigger with more other fabric, but I wanted the jungle print to dominate.

Still not convinced I wanted to add more than red and gold to the mix, I cut out some red and gold squares and arranged them with the jungle print on the green fabric… 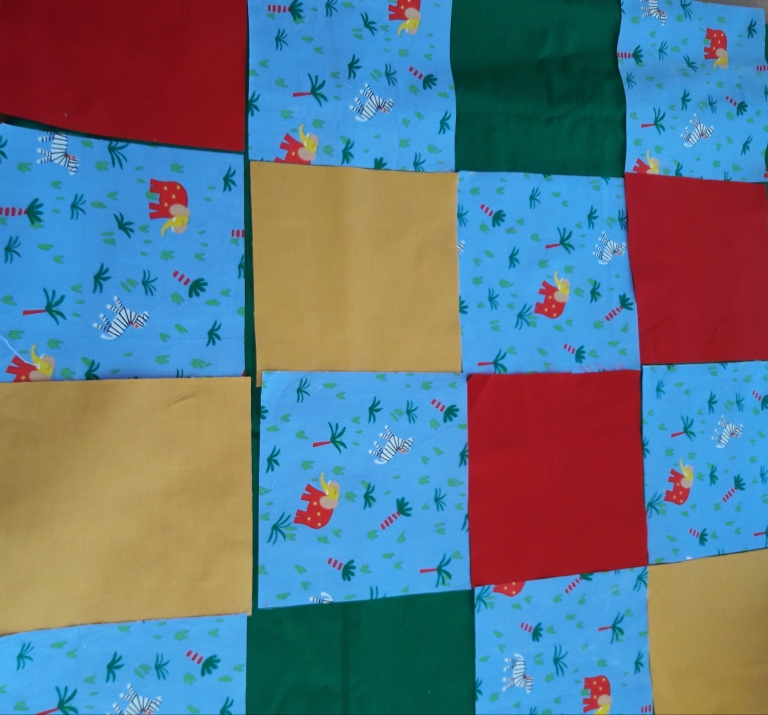 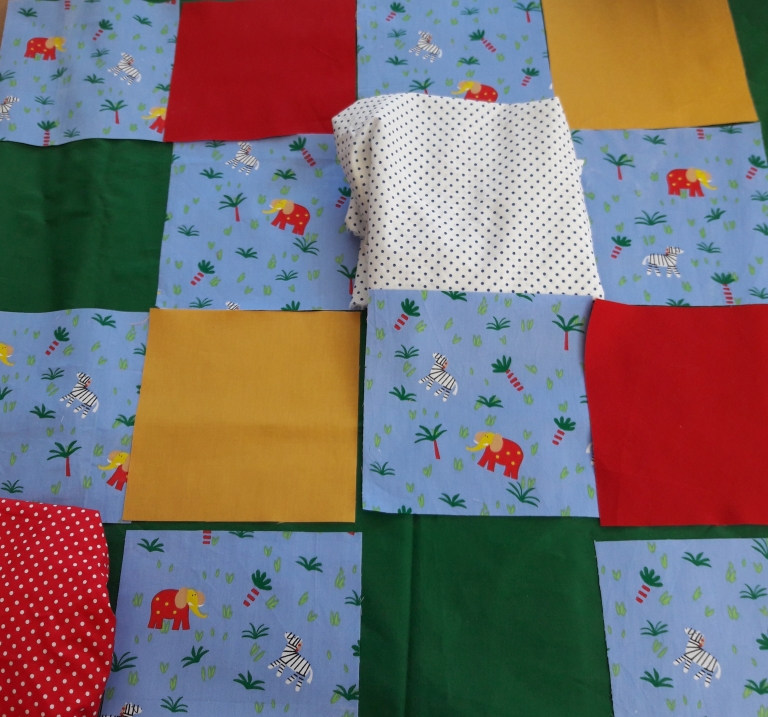 Now I know you almost all voted for red, gold and green (and I do think including green looks better in the photos) but in real life the gold and red only are winning my vote… 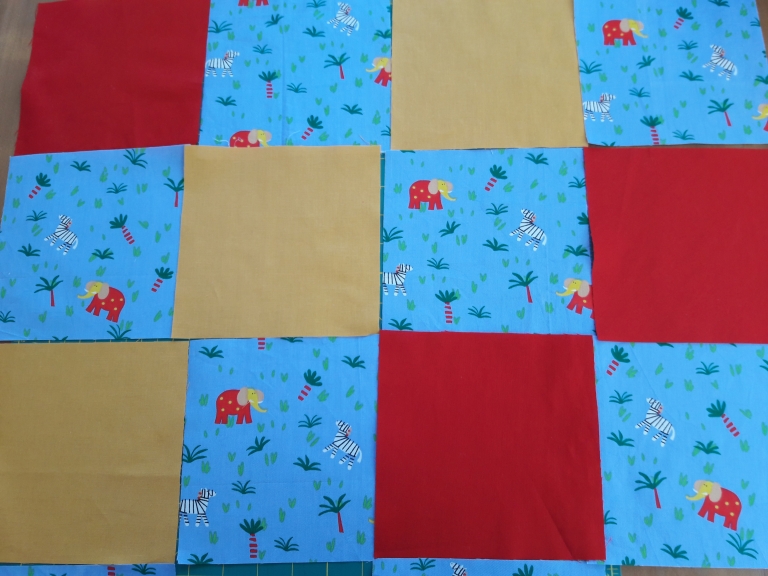 However, what I’m thinking would look even better (even though this was supposed to be a mega simple quilt) is having red and gold pinwheels rather than squares.

So that’s where I’m up to a week later, still staring at the fabric and wondering what the heck the quilt is going to end up like.

And while I’m staring, I’ve got a quick question, what colour thread would you used to piece these colours together?

20 thoughts on “Back in the Jungle”